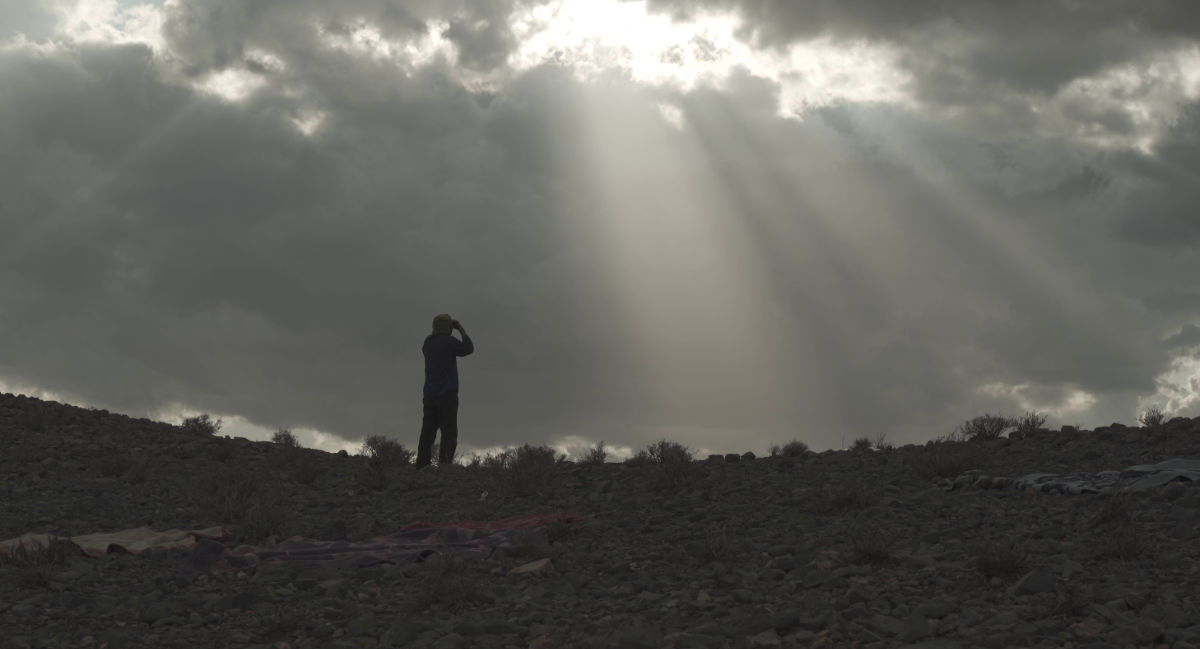 The Moroccan desert has recently seen several large meteor showers and celestial fragments. Mohamed, a nomad in his fifties, lives with his family in a tent in a remote area of the Moroccan Eastern desert. In order to change his family’s hard living conditions, he decides to go searching for meteorite fragments. For him, these objects represent an opportunity to change their life forever. Abderrahmane is a scientist who relies on this debris to pursue his research on the origins of the Earth and life. Mohamed is connected to the Earth, Abderrahmane to the sky. Their search merges into a spiritual quest that echoes with everyone else’s.

“Fragments from Heaven is a film where I delve into the question of the origin of live. However, when it comes to that question, the answers keep drifting away into an abyss, always leaving a new enigma to be solved. By wandering in search of the meteorites in the company of the nomads and the scientist, we grasp the meaning of the quest, that in the end, only the path makes sense and not the destination. This film for me is a journey in which I no longer force myself to find the answer, it is unreachable. However, I gratefully focus on human with all their complexities while honouring what unites us with each other, with the Earth and then ultimately with the universe. It is all about diving into the world of the subtle, to touch the sensible chord, and to transcend.”