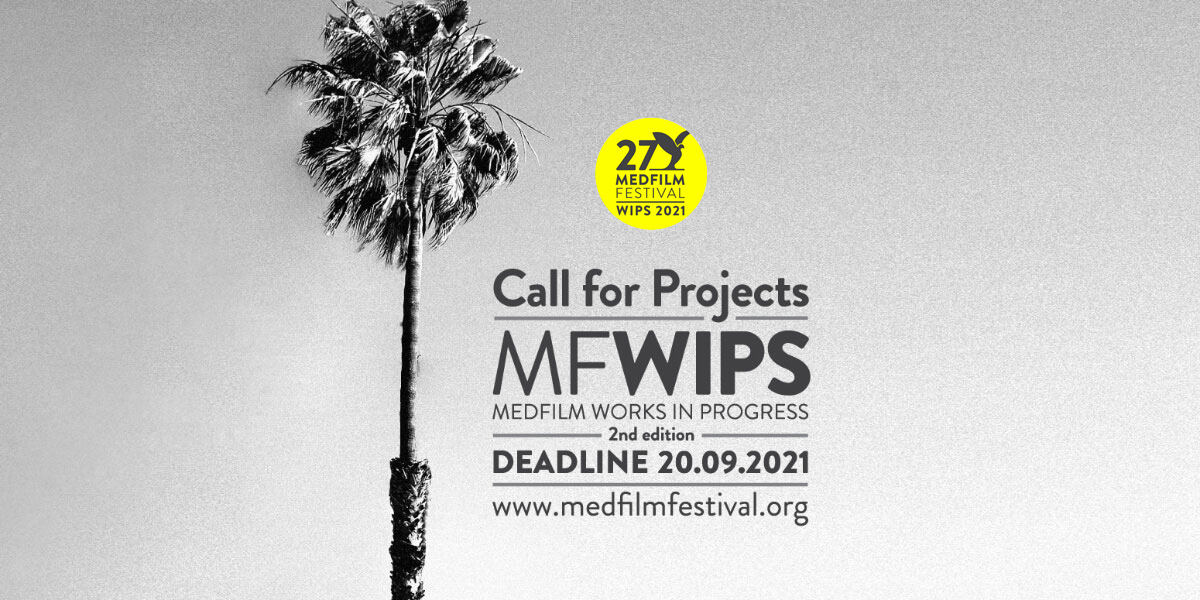 In the frame of the 5th Edition of MedMeetings

After the success of the first edition, the MedFilm Festival is pleased to announce the new call for entries dedicated to MEDFILM WORKS IN PROGRESS which this year also opens to the countries of the Mediterranean’s northern shore and above all the Prize amounts to 10,000.00 euros.

The MedFilm WIPS are realized with the support of DG Cinema and Lazio Region and in collaboration with IOM – International Organization for Migration.

The consolidation of the MedFilm Works in Progress Competition and MedFilm Talents extends the range of action of the MedFilm Festival, going beyond the narrative of the present and looking to the future through a concrete support to film creation in all its production phases: from pre-production and the development of works by young authors from Cinema Schools with the Methexis Project, up to post-production with the MedFilm Works in Progress. In this sense, the MedFilm Festival aims to be the main Italian professional platform dedicated to the countries of the Mediterranean area.

The Jury consisting in three experts, on November 8 and 9 will be asked to analyze the 6 finalist works in dialogue with the directors and producers who compete for the prize. At the end of the works, the Jury will award the MEDFILM WIPS 2021 Prize to the Best Film (10,000 euros). More awards will be announced in the coming months.

Finally, as part of a specific one-on-one meeting session to be held on November 10, the directors and producers of the 6 finalist works of MEDFILM WIPS 2021 will be able to meet the professionals of the sector from both the shores of the Mediterranean, guests of the festival.

Due to the persistence of the health crisis in some countries of the Mediterranean area, the activities will be held online.